Full Name
Matt Taylor (Matt Taylor Wines)
Job Title
Grower & Maker
Speaker Bio
Matt Taylor was born and raised in Sonoma County. He was first introduced to the world of wine by his best friend’s dad, Chris Bilbro, who owned Marietta Cellars in Geyserville. His earliest memories of wine would be mushroom hunting or pig hunting, followed by preparing a meal accompanied by a good bottle of wine. While in college, Matt played football at the University of Washington, winning a Pac-10 championship.

Matt lived in Cádiz, Spain for nearly two years, where he was able to study and work in a Bodega in Jerez. Upon returning to the US, he was hired as assistant winemaker at Joseph Swan in the Russian River Valley, where he worked the 2000 and 2001 vintages. In 2001, he enrolled in Fresno State University where he earned his post-Baccalaureate degree in Viticulture & Enology. He focused on whole cluster while at Fresno State, which led him to meet Jeremy Seysses of Domaine Dujac. This meeting led to an internship at Domaine Dujac under Jacques Seysses for the 2004 vintage. Upon finishing his Viticulture & Enology degree, he joined Araujo Estate Wines to manage the vineyards and act as assistant winemaker to Francoise Peschon. The Araujos also allowed him to work harvests in Argentina and New Zealand. He would go on to become Head Winemaker and Vineyard Manager at Araujo Estate Wines.

After the 2010 vintage, Matt departed Araujo for two new endeavors: Reuling Vineyard, a Sonoma Coast project focused on Pinot Noir and Chardonnay, and Front Porch Farm, an organic and biodynamic farm where Matt converted the vineyards to grafted Rhone varieties.

From 2014 to 2018, Matt joined Chamboulé, where his tenure was crucial to his development, in terms of research, making wines naturally, and his stylistic approach to winemaking. Matt would go on to form his own project, Matt Taylor Wines, focusing on Pinot Noir and Chardonnay from the West Sonoma Coast and a soon-to-be added Loire-based component. He has also made the wines for 32 Winds Wines in Healdsburg.

In March 2020, Matt joined Lawrence Wine Estates as winemaker for Ink Grade, a new label launching in September 2021. The Ink Grade Estate Vineyard lies in the north-east corner of the Howell Mountain AVA in Napa Valley.
Speaking At
In conversation... 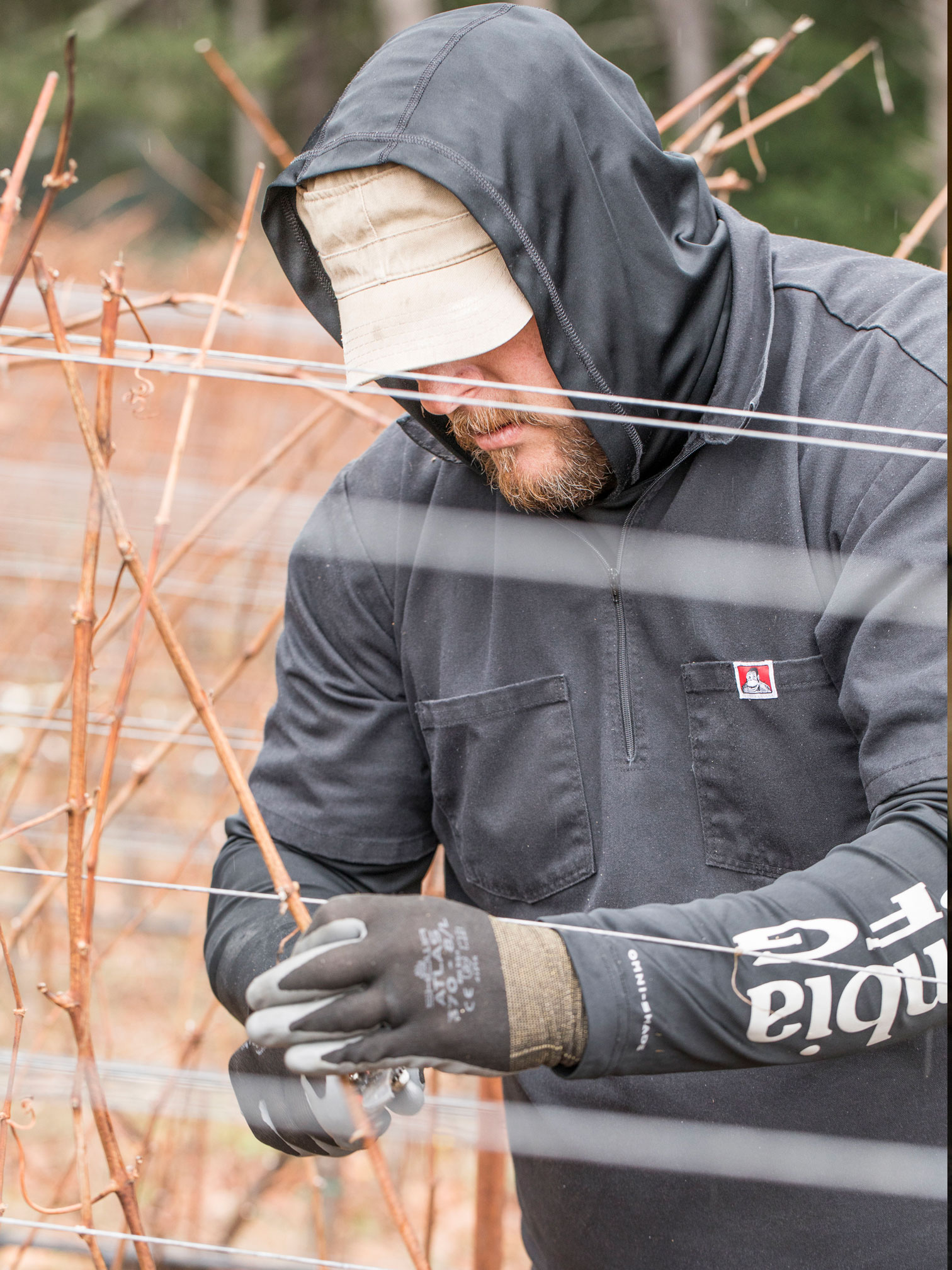